If you fancy a bit of luxury then Air France’s La Première cabin class definitely delivers. It’s not a cabin class that most people will be booking however, as it’s a little on the expensive side. Frequent fliers who are members of Air France’s “Flying Blue” can book reward flights and choose the cabin class […]

Aer Lingus are currently running a winter sale. The airline is offering discounts of up to 25% on many of their European routes. They are still offering some flexibility with bookings until the beginning of 2023, though changing flights often will incur fees due to fare differences. The airline also recently announced a new US […]

Brussels Airport (BRU) is closed today and there will be no flight departures all day due to strikes. It’s not clear what’s happening about flight arrivals or connecting flights. Looking at the airport’s official site it looks like a small number of flights are arriving, though the bulk of flights have been cancelled. The dispute […]

Turkey, as a country, is no more. It’s now wants to be known as the Republic of Türkiye as its leader Erdogan is a staunch nationalist with a rather traditional view. However Turkish Airlines, which is one of the world’s biggest airlines, is owned in part by the Turkish government, so they want to rename […]

The US is to lift Covid 19 testing requirements for travellers from outside the US, both US nationals and others. At the moment anyone traveling to the US has to show a negative Covid test taken in the previous 24 hours. Of course the travel industry sees this requirement as being a major impediment for […]

Heathrow airport is one of the biggest and busiest airports in Europe. It’s also got a close association with The Queen, which is why they’ve released a short video to highlight that relationship that spans most of her reign: There will be a flyover today in honour of the Jubilee which should be viewable in […]

Dublin Airport’s owners DAA will be grilled by the government later today about how they plan to mitigate the current issues facing passengers at the airport. So what is the plan? Apparently passengers will be triaged on arrival and only given access to the terminal building 3.5 hours in advance of longhaul flights and 2.5 […] 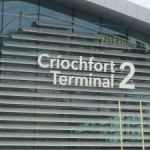 While Dublin Airport’s management might claim that they have taken steps to improve the situation for departing passengers they obviously have not done enough. Today Dublin airport is trending on Twitter and for all the wrong reasons. The lines to get into both terminals of the country’s main airport are snaking outside the buildings and […]